One need only look at the work of fashion designer Huishan Zhang to see how much the impression of ‘Made in China’ has changed over the years. The Qingdao-born, Central Saint Martins-educated designer debuted his first collection in 2012 — one that was picked up by Browns, that just so happened to be the same boutique to be among the first to believe in fellow Central Saint Martins graduates John Galliano and Hussein Chalayan.

But it was also around the same time that Zhang’s belief in his concept was tested. Having had experience working in the Dior haute couture atelier, Zhang applied the time-honoured couture techniques that he’d learnt into his own brand. And while the results clearly and continuously speak for itself, it wasn’t quite the smooth journey one would expect. Some buyers — during the early stages — would comment that the Huishan Zhang brand, while beautifully made, would fare better if it were not made in China. 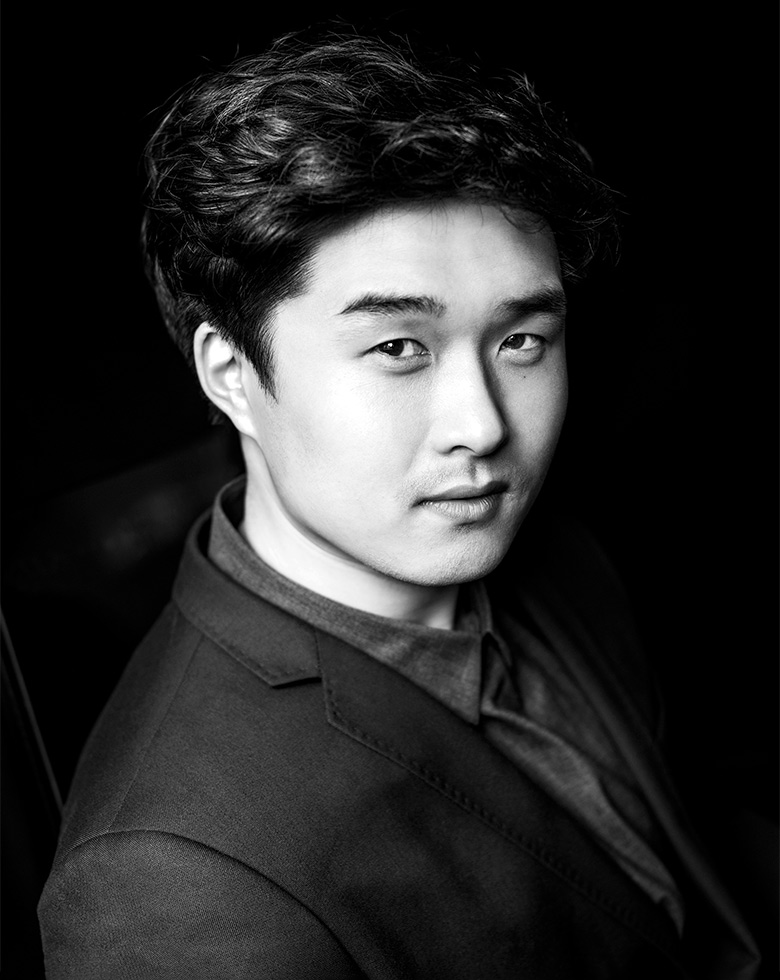 Zhang stuck to his guns however, and true to his cheerful disposition, took such comments in stride. “Those comments actually kept me going,” Zhang tells us. “And I think when you see a new product and a new concept, you take time to actually accept it.”

And accept they have. Among the list of accolades that Zhang has received over the years include being on the Business of Fashion‘s list of 500 individuals shaping the global fashion industry, the ‘International Chinese Designer of the Year’ at the Elle China Style Awards in 2014, as well as emerging as a semi-finalist for the 2015 LVMH Prize. Most recently, a liquid gold sequin Huishan Zhang dress was featured on the cover of British Vogue‘s September 2021 issue, worn by Gemma Chan — a significant milestone encapsulating just how much of a rising talent Zhang is in China as well as the UK.

It’s hardly any surprise then that Zhang is one of the Asian trailblazers featured in Shangri-La’s From Asia With Heart series. Created to mark the hospitality brand’s 50th anniversary, the short film series is somewhat of a love letter to and from the region, celebrating the best that it has to offer, represented by six cultural figures including Zhang.

We caught up with the designer in his atelier in his hometown of Qingdao — where he’s atypically spent the past couple of years at — and find out more about building his legacy in fashion and beyond.

How would you define yourself as a designer?

I always define myself as more kind of a technical fashion designer. I have a deep love with pattern cutting — the very technical side of fashion like how to construct a silhouette looking at the proportion of each garment. Obviously, I also consider myself as a culture mixture as well because I’m Chinese who’s born and raised in China, but I actually have a very long experience of living overseas since I was 17.

There were some apprehension about your collections being made in China. How did you deal with those roadblocks?

We could have actually potentially chosen another route, as some of the buyers suggested that they could help to find resources in Italy or somewhere to make my designs. Because to them, the designs were beautiful and original, and they felt like, at the time, it could be made in Europe where everybody thought luxury should come from. I was thankful for the offers but told them that that’s not really what I really believe in and I do feel that I want to show the beauty of Asia, especially from China and the craftsmanship from my hometown. In a ways, I’m kind of using fashion as a medium to tell people a story — a story about China — that I’m very passionate about.

Do you then feel a sense of responsibility to help change the sort of negative connotations of ‘Made in China’?

What I really want to do is to stay truthful to myself and to my roots. I feel that the product is more important than the concept — it’s not something where you what you’re standing for but something that you can show, and people can experience, touch and feel, and then appreciate. So for me, I don’t really come to that really big ambition of wanting to change people’s perspective. I just really want to make clothes and something beautifully made from my hometown, for people to actually appreciate. That’s literally the simplest idea behind the brand.

My atelier was literally completely built from scratch. My auntie was the first employee I’ve ever employed, so we both actually kind of completed a collection together. I think I’m also kind of inspiring my employees. I treat them as artists rather than just seamstresses because we’re not really only making clothes; we’re creating a story at the same time. We share a lot of joy and pride with them too. So every time we we dress a celebrity or do a fashion show, we showcase it to them so that they’re proud of themselves as well. I think, you know, it’s about sharing the joy, and also creating a kind of environment that actually can inspire people. A look from Huishan Zhang spring/summer 2022.

Having graduated from Central Saint Martins and being immersed in such a creative and diverse environment in another country, how did that shape you as a designer?

I’ve always had a dream to go to Saint Martins because I’m inspired by those great designers like McQueen, Galliano, and Hussein Chalayan. As a young student, reading about them kind of gives you that dream about becoming a designer in the fashion world. London is a city that I feel is very accepting and where I felt that I can start my dream. My collections are kind of my way of taking my own journal — I’m constantly researching and when I feel that this is the right season to include something I’ve learnt, then I document them into the clothes. This idea of travelling between China and the UK, also inspires me a lot in terms of building the collections well and understanding what the customer needs.

Beyond the collections that you create each season, you also place an importance in building communities. For example, there were 2020’s Lessons we’ve learnt in Lockdown series and then there’s also a mentorship program. Why is this also important for you to do as part of your brand?

It’s the association. During the lockdown, we have to encourage people also ourselves to be bright and positive for our future. Because you know, while on lockdown those problems actually didn’t go away. We did the campaign with Women for Women International to help women worldwide. I feel like fashion is not only about clothes; it’s about inspiring people. So the first campaign was focused on showcasing stories to inspire women who have similar dreams and career paths so that they have role models to look up to or a path to success. And the next thing we did was a ‘Stop Asian Hate’ campaign that as a young Asian, Chinese brand that’s established in the West, we wanted to come out and find a way to tell stories about Asia. Because when people don’t understand each other, there may be hatred created so we wanted to create a portfolio of Asian women and also Western women who actually have strong Asian connections. Then also, as a part of this, we offered a mentorship to students who want to learn fashion through an Asian brand.

That’s brilliant. You’ve done and are doing so many things at once. What helps you stay passionate?

Good question. I think it’s that original dream, you know, the root of this brand. I think this keeps me up every day because it’s not that easy to manage work and quite a lot projects at the same time. This idea of From Asia With Heart has really kind of inspired me even till today. Every time when I think that anything is difficult, I’m going to be looking at all those inspiring stories that actually come from Asia to keep going. A look from Huishan Zhang spring/summer 2022.

What then would you want your legacy to be?

I really want this brand to inspire people and then also keep going for a long way. We’re collaborating with Shangri-La now and it’s already been 50 years of celebrating Shangri La in Asia. It’s kind of a role model company, in that, I feel like lots of people in Asia and internationally know Shangri-La. It’s home to so many memories as well. Actually, funnily enough, it’s the first five-star hotel established in my city. It’s a full-circle moment for me because my grandfather, when he was still alive, we would go there  for dinner a lot, so it’s given me a lot of beautiful memories. Which is why with this From Asia With Heart campaign, it’s such a privilege to be able to tell our story — a brand that comes from Qingdao, China.

View the Shangri-La ‘From Asia With Heart’ campaign here. Parts of the interview have been edited for length and clarity. Has the high heel lost its power