Her body, her choice Dior cruise 2022 was a Greek-inspired collection of Olympic proportions

“It’s just so hypocritical, isn’t it?” a friend retorted during our four-person dinner out (back when we were allowed to dine out in groups of five). “She went from not wanting to be judged for her body to bearing it all.”

It’s been about three weeks since British Vogue premiered the cover of its June 2021 issue. Against a blush pink background stood teen pop sensation Billie Eilish unlike we’ve ever seen her before — cleavage-baring in a corset styled with skin-tight latex gloves and a skirt that wrapped around her every curve. There was almost little left to the imagination. The girl with the whispery singing voice has very clearly grown into her own womanhood.

The accompanying photo spread went along the same vein of boudoir-esque fashion. It was a very concerted effort to display the other extreme end of Eilish’s relationship with her body. For as long as she’s been in the music scene, Eilish had been very wary about not showing off her body, opting instead for boy-ish streetwear in oversized proportions. In an ad for Calvin Klein back in 2019, she voiced out about her intentional aesthetic: “Nobody can have an opinion because they haven’t seen what’s underneath. Nobody can be like, ‘she’s slim-thick,’ ‘she’s not slim-thick,’ ‘she’s got a flat ass,’ ‘she’s got a fat ass.’ No one can say any of that because they don’t know.” It was a part of her that she still wanted to have full control of and fans backed her up. How often do women have to consciously try harder to prove that their very visible femininity shouldn’t distract from their talents and capabilities?

Eilish wanted to just sing and create music the way she wanted without having to deal with being judged for her looks first. It’s a tale as old as time, of course. And it’s more a reflection of us as a society than Eilish’s preconceived (but very real) notion of the world. We’ve more often than not objectified women for their bodies first before recognising their talents, and it’s pretty much the modus operandi of the pop music industry. Skin-bearing late ’90s pop icons the likes of Britney Spears, Christina Aguilera, Jennifer Lopez, Jessica Simpson, Mandy Moore, and more, were manufactured and churned out by the same machine that emphasised on a sexual image first; actual talent (of which they individually possessed) were secondary.

As a cisgender man, I can’t even begin to understand or even speak on behalf of women in general. But the fact that Eilish made the conscious decision at the start of her career to not be subjected to social judgements and to do so at the tender age of 13, showed just how mature beyond her years she was. If a 13-year-old girl was able to grasp the concept and pre-empt herself for the real world, imagine just how prevalent the issue has to be.

But is she a ‘hypocrite’ to sort of double-back on her want to keep her body private? No. Absolutely not.

Eilish has never once claimed to be the face of body positivity. In fact, she’s more of an advocate for individuality, a ‘you do you’ sense of freedom that’s unrestrained by labels. She said it best in her landmark interview with British Vogue: “Suddenly you’re a hypocrite if you want to show your skin, and you’re easy and you’re a slut and you’re a whore. If I am, then I’m proud. Me and all the girls are hoes, and f**k it, y’know? Let’s turn it around and be empowered in that. Showing your body and showing your skin — or not — should not take any respect away from you.”

It’s a battle that she’s already familiar with by now. During a concert in early 2020, Eilish played a spoken word video where she talks about body-shaming while stripping almost naked. Then there was the release of a paparazzi photograph of her in a bikini that made headlines because she was hardly ever seen in one. “I can’t win,” Eilish told Dazed.

She’s by no means the first artist or celebrity ever to undergo a transformation. Mariah Carey started her career in modest black dresses and ensembles (the most she’d expose was a bit of cleavage in a thigh-grazing dress) before embracing her womanhood and newfound freedom after her separation from ex-husband Tommy Mottola. There was Christina Aguilera and her Dirrty era that consisted of leather chaps and bikini tops — a departure from her more comparatively demure fashion sense circa her first album. And of course, the legion of Disney and Nickelodeon child stars from Miley Cyrus to Demi Lovato to Ariana Grande, who have all parted ways from their ‘family-friendly’ images.

The thing is, we — women, men and anyone else in the ever-changing gender spectrum — constantly evolve. We’re never truly the same even months apart, and that’s the beauty of being human. And to be honest, we’d be quick to judge Eilish for sticking to the same fashion sense and aesthetic for the next five years, as much as we’re (well not me, but some of you out there) now disappointed in her portraying herself in the other extreme end.

The issue isn’t with Eilish, but it’s us as a society. Us with our skewed sense of judgement over what others choose to do with their bodies. Us with our unnecessary need to tell someone how they should portray themselves in public. Us with our unjustifiable desire to put people on pedestals and expect them to be role models and moral compasses for our generation and generations after us.

Let the 19-year-old grow and evolve. And most importantly, let her confidence and acceptance of her perceived physical insecurities serve as inspirations to how we should live our lives: “f**k it, y’know?” 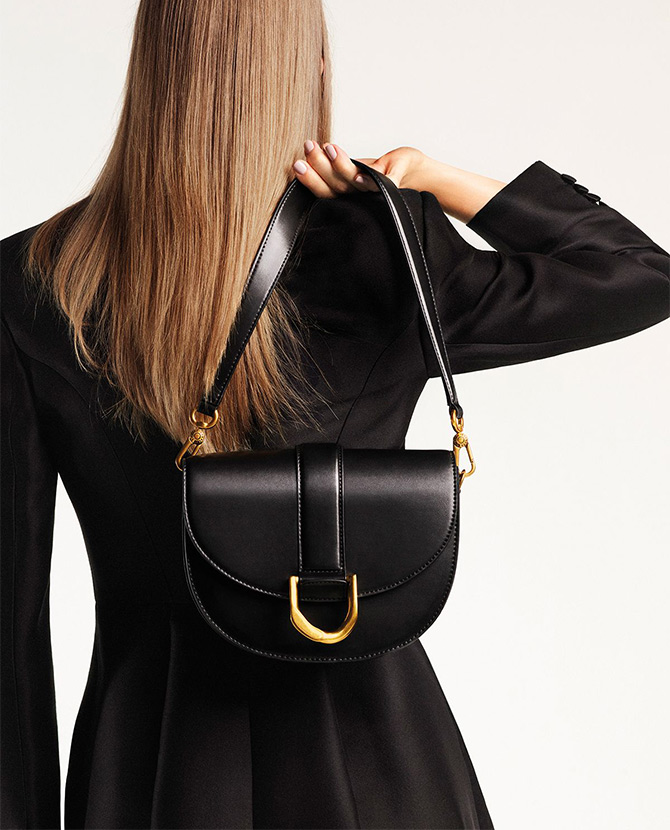