Let it be said that Angelina Jolie is no fashion snob. While making her appearance at the red carpet premiere of Eternals—joined by her children—fans would’ve have recognised a very familiar red carpet dress in their midst. Daughter Zahara Jolie-Pitt wore an Elie Saab dress that was last seen on her mother during the 2014 Oscars. With a fashion archive as extensive as Jolie’s, there’s no doubt that we’d see more of such passing down of clothes from mother to daughters in the future. And Zahara looked just as stunning the the dress as Jolie did back in the day too.

With a rather extensive approval and auditing process, achieving B Corp certification is no easy feat. Brands wanting to be certified are subjected to over 300 questions concerning everything from governance to workers that impact the environment. Chloé has successfully done so and is the first luxury fashion brand to be certified as such. One of the concrete examples that the brand has implemented since 2020 include the use of lower impact materials, with the upcoming spring/summer 2022 collection consisting of 58 percent of such materials.

A year since the introduction of the Valentino Garavani Rockstud Pet collection, the maison is now extending the customisation to a select ready-to-wear pieces. Aside from a number of Valentino Garavani accessories, hoodies and jumpers can now be customised with illustrated versions of your pets — personally rendered by illustrator and artist Riccardo Cusimano — emblazoned right in the middle. The service is now available online.

Beyond The Vines launches an onigiri-shaped bag.

Trust local brand Beyond The Vines to keep coming out with coveted and affordable pieces. Its latest is essentially a new size of its existing Reversible bag that now comes in a mini-size and unintentionally (according to the brand) resembles an onigiri. The Mini Reversible bag features a colour-blocked design with a detachable front pocket (that the bag can be folded and packed into) and can be flipped into a solid-colour bag with a smaller handle that hooks nicely around the crook of the arm. Genius.

Emma Raducanu’s win at the 2021 US Open has cast a spotlight on the 18-year-old. The tennis star has officially been named the new ambassador for the fashion creations of Dior’s creative director of women’s collections, Maria Grazia Chiuri, and the new face of Dior skincare and make-up by creative and image director for Dior makeup, Peter Philips. Her first appearance in Dior was at the premiere of No Time to Die at London’s Royal Albert Hall.

Michael Kors gets sexy with a 007-themed capsule collection.

There’s no doubt that Zendaya is a fashion icon, what with her stunning, fashion-forward looks both on the red carpet and fashion editorials. The CFDA is now making that official during the upcoming CFDA Fashion Awards that’s scheduled for 10 November 2021. Zendaya will be crowned the 2021 Fashion Icon, joining the a list of honourees the likes of Rihanna, Lady Gaga, Beyoncé, and Naomi Campbell. What makes the honour extra special is that at just 25, Zendaya will be the youngest recipient yet but one that’s so well deserved. 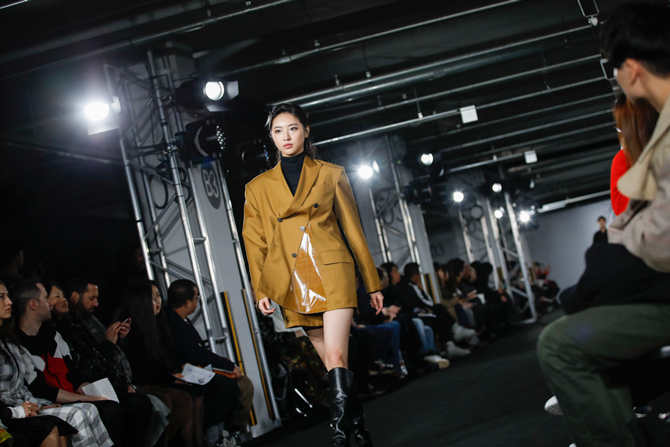